There’s a tendency in Nepal and a very bad one i must say i.e. whenever a person, anywhere in Nepal thinks of starting a business he or she thinks of Kathmandu. Either it’s an advertising agency, a SME or anything else all they think is starting it in Kathmandu and by starting Kathmandu i mean all they do is target the customer of that only city only.

I think this is the reason for their failure. I have nothing bad about that city but i guess focusing your whole business operation to one city is just pretty bad decision you take on start of your business venture. I do understand Kathmandu is a big city with 3 Million population but you need to look beyond that. Though sparsely spread, Nepal has a population of about 30 Million, if you start your operation from somewhere in the middle of country and focus at least 2 development region then you get a customer base of more than 3 Million.

Let me give you an example

Wlink Communication, the leading ISP of Nepal, though it started from Kathmandu initially but now it has franchises or branches in almost all the cities of Nepal. But what about other ISPs, hardly anyone expect Wlink has even a single subsidiary in any other city., Mercantile used to have in some places but now they don’t seem to be interested in providing Internet to end user.

Subisu, Vianet, etc. etc. Name any one ISP that has countrywide presence. None. You would rather find local ISPs operating in any give city. But not a single ISP expect Wlink which has cross country operation and that is the reason why Wlink earns so much whereas other ISPs have to fight for their survival.

Take my advice, if you are planning to start a SME in Nepal, then ditch Kathmandu. Open your HQ in places like Pokhara, Butwal, Birgunj or Biratnagar and target an entire belt of that region; you will be profitable from day one. There’s a huge market outside Kathmandu which is untapped in every single niche. All you need is to look beyond the Capital and you will find yourself in much better position. 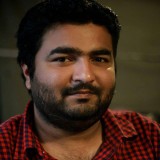 2 replies on “Why 90% of small businesses fail in Nepal?”

this is a cool post… id try to make one for myself hehehe… seriously, you've never received any gifts yet? send me your address in my email and ill send you one…

Zip it and send 😛

Thanks for dropping by my blog.